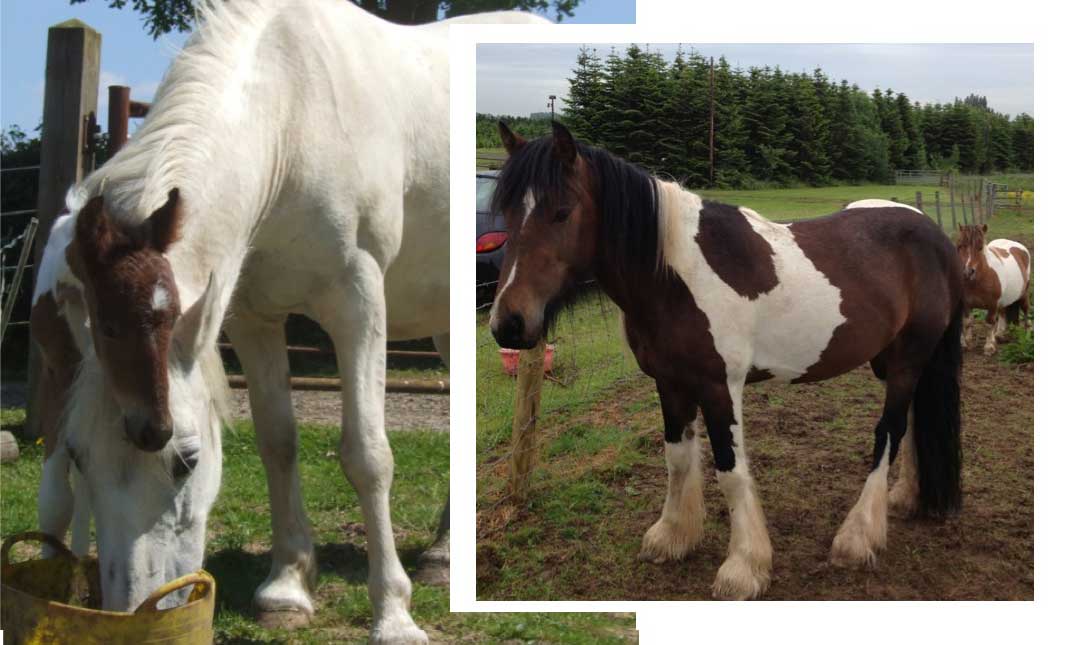 Both of these ponies were part of the first wave of Sling Lane ponies to be rescued.

Starving and nervous, they were initially kept safe and warm in the barn with a deep straw bed with Freckles and Lady.

Kept in the warm and checked on around the clock, fed little and often to help their recovery to full health without shocking their system or causing colic. The four in the barn were regularly visited by the vet to monitor their progress.

Ceiriad was named by locals after an article in the Malvern Gazette. (https://www.malverngazette.co.uk/news/10325909.gazette-readers-name-rescue-horses-freckles-and-ceiriad/)

After six weeks of being cared for in the barn, the ponies were allowed to spend a few hours a day outside, coming back in at night when it was cooler. Each of the ponies went from strength to strength physically and emotionally. They started to return to a normal life.

Taboo turned out to be a ‘rig’ he was gelded to prevent any accidental foals but unfortunately he can never be rehomed because of this. Taboo is a fun pony and has his own little herd/family unit that he looks after within the big herd. He will live out his days with us.

Once Ceiriad had gained weight she started showing signs of being in foal, so we moved her to the stable yard where we could keep a better eye on her. Sure enough not long after she was moved, Benjie was born.

Benjie’s birth coincided with Ruby coming in as part of the second wave of the Sling Lane ponies rescue. They both got to have a playmate and grow up together as Ruby was bottle fed at the same yard.

Ceiriad lived her days out in the big herd with Benjie by her side. Benjie is now best friends with Taboo and they go everywhere together.

Taboo from his rescue in February until June the same year

News, Story's and other Posts

Our most read posts